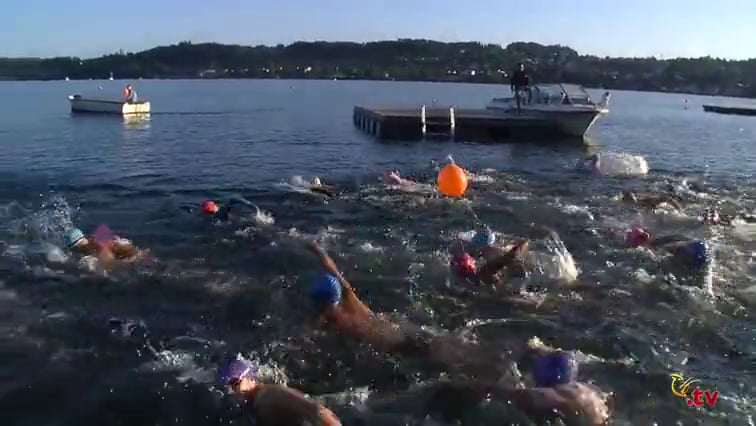 Organized by the Sri Chinmoy Marathon Team the 22nd edition of the yearly Marathon Swim on lake Zurich took place end of July 2009. Swimmers from India, America, England, Ireland and all over Europe enjoyed the 26.4 k competition in Switzerland in splendid weather condition. The event is so popular that the registration had to be closed early this year because we had not enough boats to accompany the swimmers.