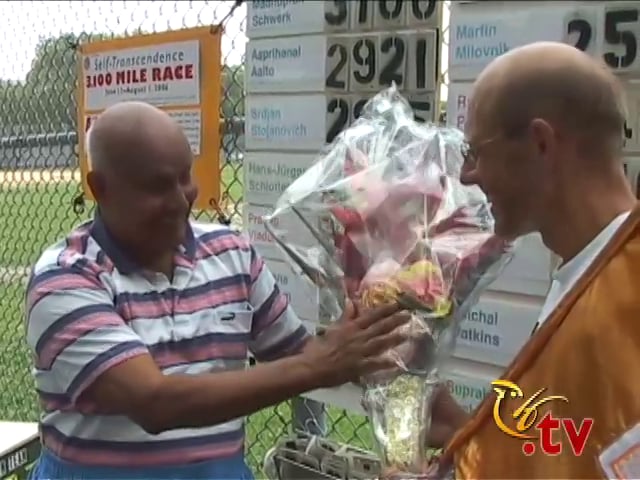 This was the 4th time German woodworker/musical instrument maker Madhupran Schwerk had run in the longest race in the world. In 2002 he first won the event and set the record at 42 days 13 hours 24 minutes and 3 seconds.

This year he claimed it would be his last race. He stated that at age 50 he would never compete again. He ran magnificently, setting a new record by more than a day. His time was 41 days 8 hours 16 minutes and 29 seconds.