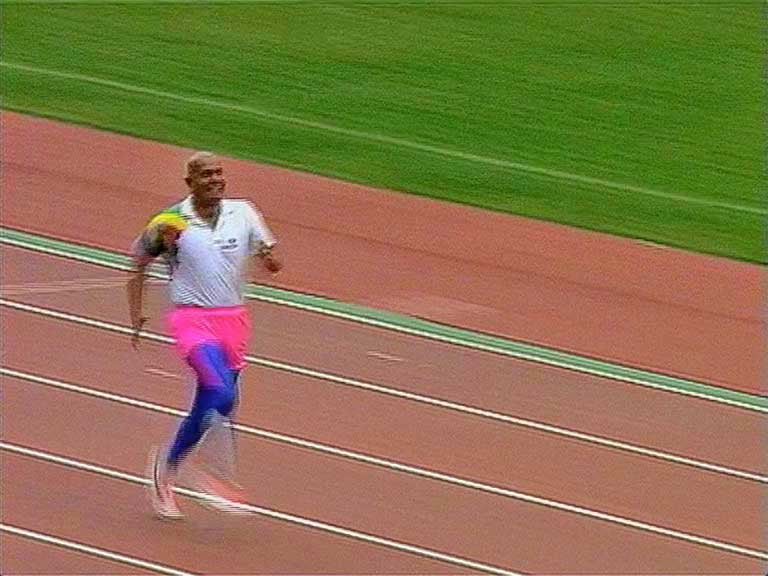 A video of Sri Chinmoy practising sprinting in March, 1992 in Tokyo. In 1992 Sri Chinmoy visited Tokyo for his big concert performance at the Budokan Hall, but during this Japanese visit, he also found time to practise his sprinting at the Olympic Stadium. In his youth, Sri Chinmoy was a decathon champion at the Sri Aurobindo Ashram, and excelled at the 100m and 200m sprint. Officially his best time in India was 11.7 seconds for 100m. After coming to the West in 1964, Sri Chinmoy continued to practise sprinting, though he also expanded into long distance races.