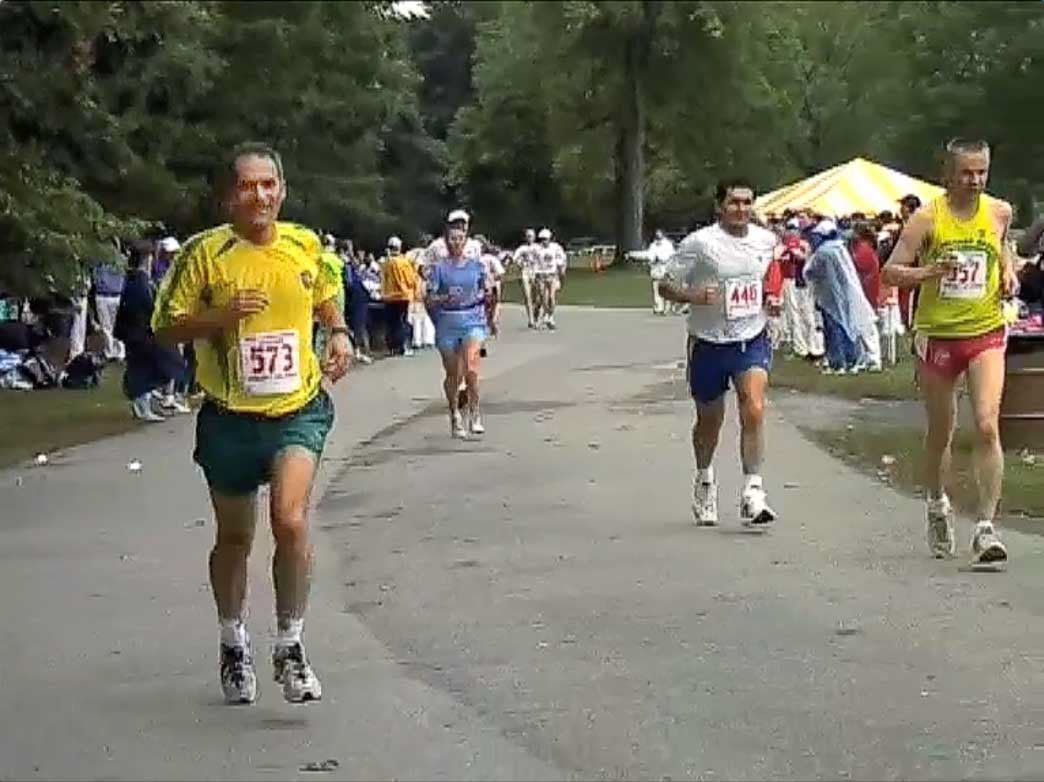 These are the highlights of the 1st Annual Sri Chinmoy Marathon in August 2002 (previously called the Self-Transcendence Marathon) which is run around Rockland Lake in Congers, New York – less than 30 minutes from New York City, sponsored by the Sri Chinmoy Marathon Team in conjunction with the New York State Parks System.