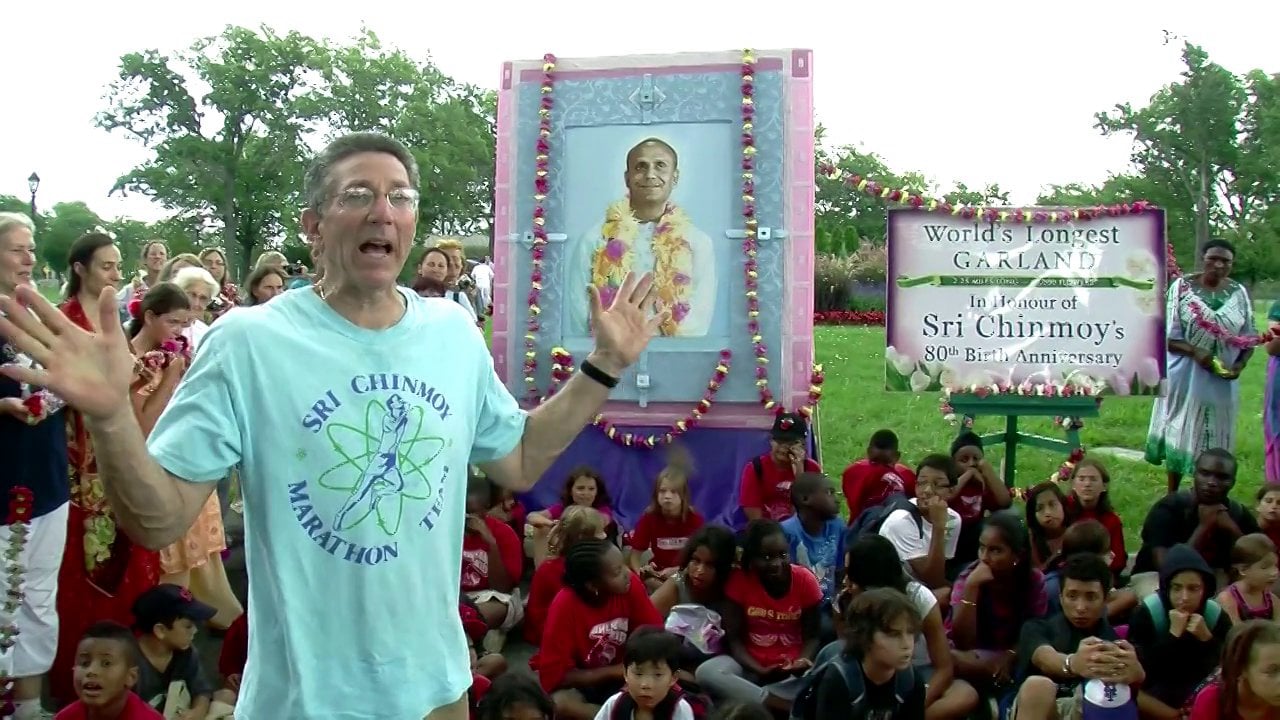 Ashrita Furman and a team of 170 friends from 35 countries made the world’s longest flower garland dedicated to the 80th Birth Anniversary of peace visionary Sri Chinmoy (1931-2007). The team created the 2.15 miles (3.46 km) flower string, which consists of 80,000 carnations of various colours, around Meadow Lake in Flushing Meadows Corona Park. The previous record of a 1.6 mile (2.574 km) garland was set by a group in Tahiti. Ashrita Furman, a 56-year-old health food store manager from Queens, New York currently holds 132 Guinness World Records, including the official record for “the most records held at the same time by an individual”. The 80,000 carnations were flown in from Colombia to the Miami airport and then were transported to Flushing Meadows Corona Park in a refrigerated truck. On August 26, 2011, Ashrita and his team worked in the park from 7 am until 13 pm to create the longest garland of the world.

See also a shorter video on the record by Parimal: World’s Largest Garland