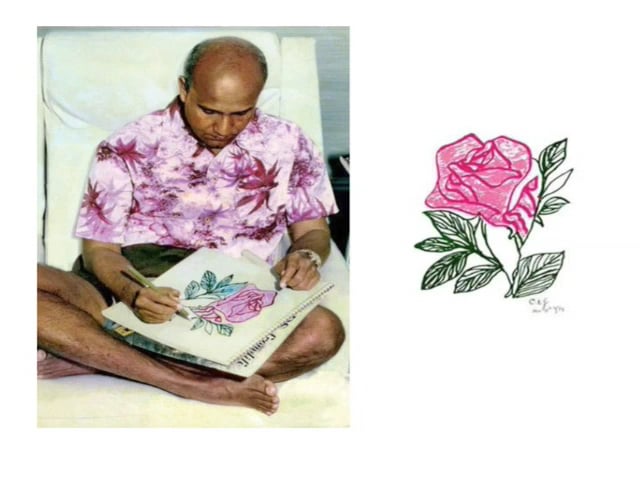 It had only been 2 years and already Sri Chinmoy had painted 120,000 paintings. The first was that of a rose drawn on November 19th 1974. A parade down New York’s Madison Avenue was a great way to share this achievement and to inspire others in this city which had become his home.

The parades down through the heart of New York took place on a number years, each on the anniversary of when it all began. This is a short film of the parade that took place on bright cold day in 1976.

When we say, “Art for God’s sake,”
We connect our art
With God the Infinite, God the Eternal
And God the Immortal.
Then we see Infinity, Eternity
And Immortality —
This triune Reality —
Conversing, singing and dancing
Right before our vision-eye.

Ultimately Sri Chinmoy would paint 140,000 paintings and go on draw almost 16 million birds, symbolizing the freedom of the human soul.