Opening meditation at the Parliament of the World’s Religions, 1993 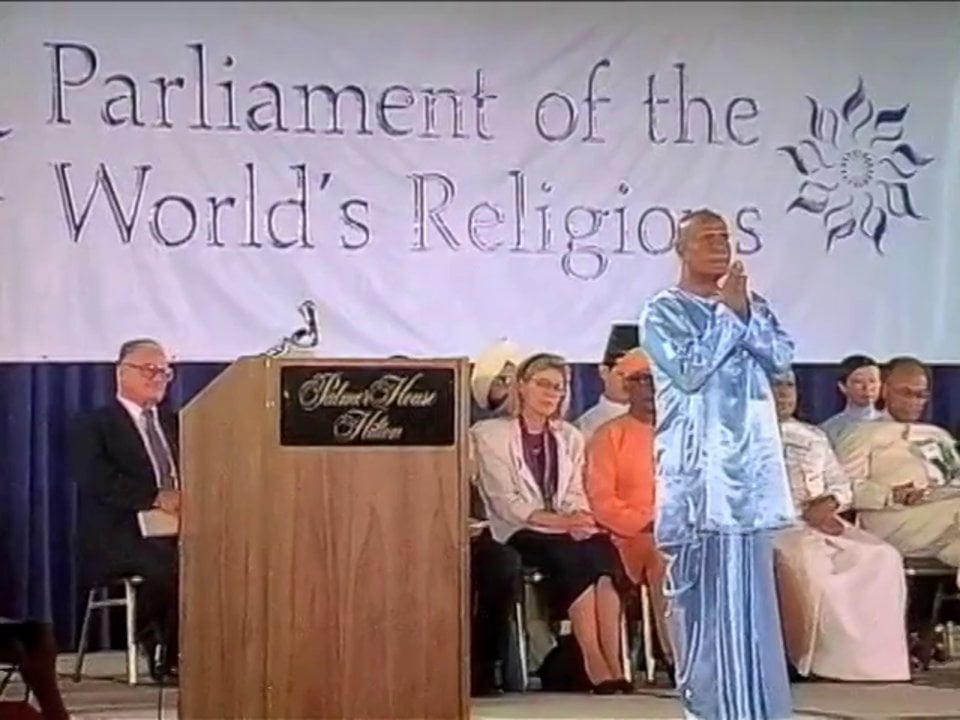 The original 1893 parliament is famous for introducing the Indian spiritual figure Swami Vivekananda to a western audience; it is often cited as a key moment in introducing Eastern spiritual thought to the West.

Sri Chinmoy frequently wrote about the underlying unity of different religious and spiritual traditions. His life was also a practical demonstration of how people from different faiths and traditions could come together in a spirit of mutual understanding and friendship.

Eleven years later, Sri Chinmoy was also invited to mediate and perform at the opening of the Parliament of World’s Religions in Barcelona, July 2004.