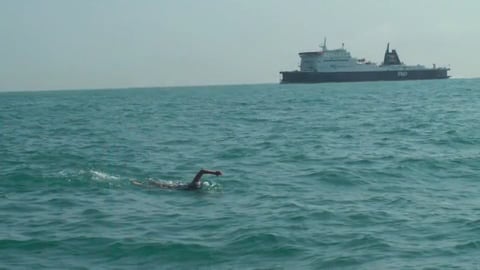 On 11 July 2011, Abhejali Bernardova from Czech Republic swum the English Channel in a time of 14 hours and 37 minutes. Abhejali is the 27th member of the Sri Chinmoy Marathon Team to complete the crossing and the 42nd solo swim overall – the record for the most Channel crossings by any team.

Previously, Abhejali was part of an SCMT international relay team that swum the Channel in 2009 in a 4-person team which included Vasanti Niemz from Germany, who was the first member of the SCMT to swim the Channel in 1985.

Interview with Abhijali on becoming a student of Sri Chinmoy