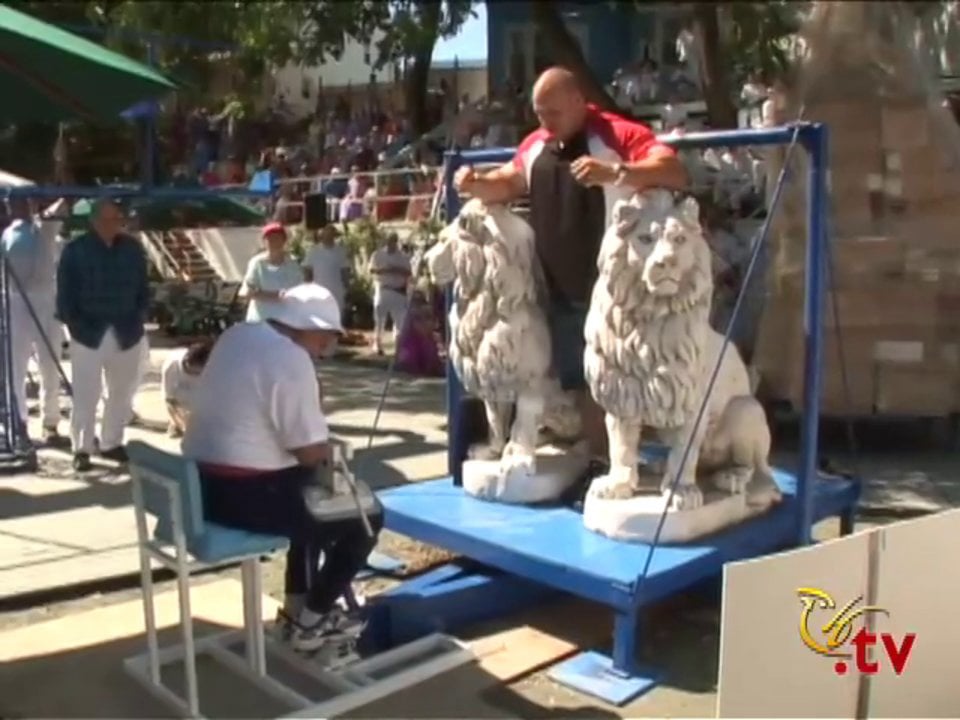 Battling age and injuries throughout the lifting marathon, Sri Chinmoy achieved “the most amazing feats of strength” he has ever seen-according to 5-time Mr.Universe and fitness expert Bill Pearl who witnessed all the lifts. The extraordinary demonstration of strength, which was also seen by thousands of people present from around the world, illustrates Sri Chinmoy’s dedication to what he calls “the unlimited potential of the human spirit.” Bill Pearl exclaimed: “75-year-old, 175-pound Sri Chinmoy does the most amazing feats of strength that I have ever seen, regardless of his age and regardless of his size. This is just a very small example of what this gentleman can do with mind over matter.”

“Sri Chinmoy impresses me every time he lifts. He goes beyond what is humanly possible, especially at his age!” Hugo Girard exclaimed. “Being here this weekend has replenished all my energy and given me more strength to keep pushing harder.” Mr. Girard has won the title of Canada’s strongest man five times, and was IFSA super series World Champion in 2002.

Since he began in 1985 at the age of 54, he has broken many records in this field. Why does he do it? “With my weightlifting, I am trying to inspire and encourage people of all ages to transcend their own limits.”