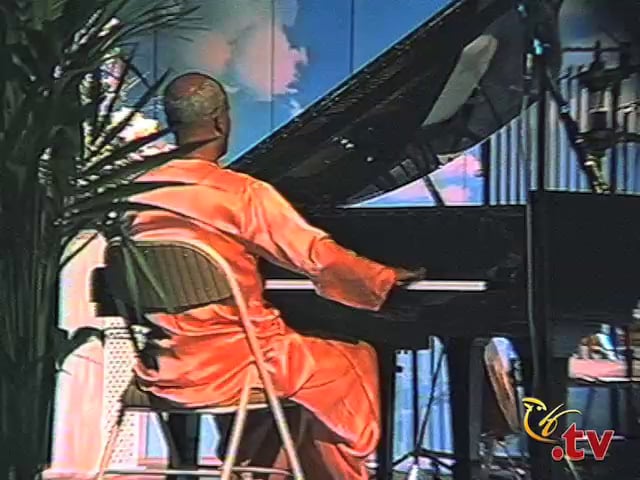 It is 27 years since mastro Sri Chinmoy started his unique spontaneous
improvisational piano playing. Never before in music history has
a pianist developed such a free, powerful, yet soulful music
style. Nobody can put the music to paper. The improvisations are
expressions deeply connected to his inner being and offering a wide
variety of sounds and volume. Sri Chinmoy usually played the piano as the
highlight of his many concerts in famous concert halls throughout the
world. Celebrating his 21st Piano Anniversary we have chosen one of his
early piano pieces, recorded in Den Haag in 1988.