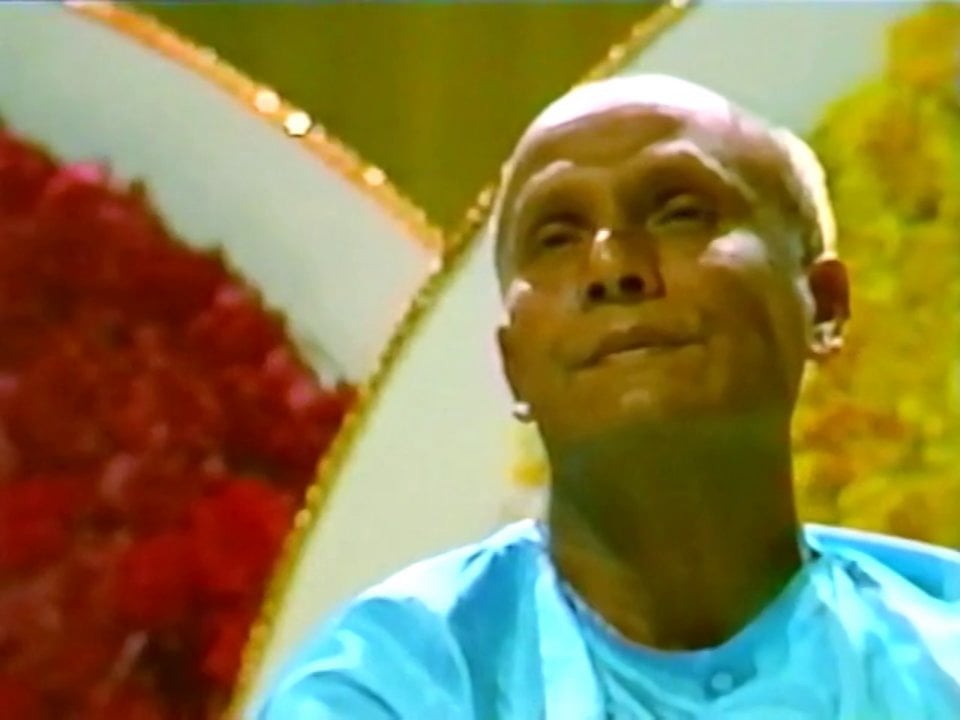 On 24 March 1984, Sri Chinmoy offered his first major Peace Concert in the Kölner Sporthalle in Cologne, Germany. 8000 seekers attended and it was the start of a worldwide series of Peace Concerts.  This is an original VHS recording and the video quality is not perfect, but it gives a small impression of these Peace Concerts.

During his lifetime, Sri Chinmoy offered more than 770 free concerts worldwide, performing at such venues as the Royal Albert Hall in London; Lincoln Center, Carnegie Hall and the United Nations Headquarters in New York; Tokyo’s Nippon Budokan; and the Sydney Opera House. But for Sri Chinmoy the Cologne Concert remained one of his most precious performances.