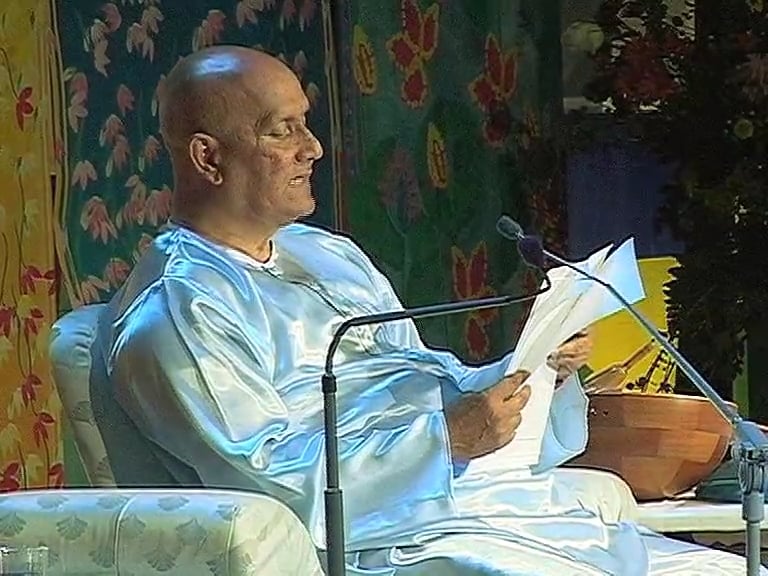 In May 2001 Sri Chinmoy and his students organized a Week of peace activities in Norway. During his concert of prayerful music at the Spectrum Hall, Oslo, Sri Chinmoy read out several of his poems on the theme of peace.

Peace does not mean the absence of war.
Peace means the presence of harmony,
Love, oneness and satisfaction.
Peace means a flood of love
In the world-family.

The Peace Week included many events related to peace, such as this concert an inauguration of a Peace Flame sculpture at the harbour, a lecture at the University and an art exhibition at the City Hall. During the big concert at the Spectrum Hall Sri Chinmoy offered several of his peace poems and for the first time invited the public to recite them with him. At the end of the video you can see the representatives of several countries saying the word peace in their language.