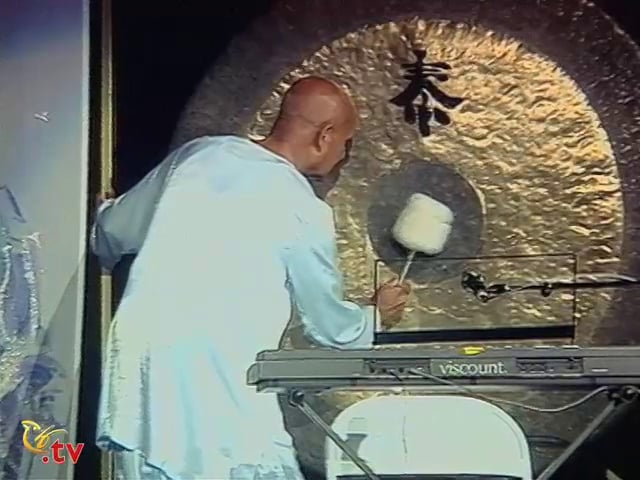 In 1992 Sri Chinmoy gave one of his major European concerts in the famous “Deutschlandhalle” in Berlin before an audience of 9000 seekers from all over Europe. Among many traditional Eastern and Western
instruments he also played on three Chinese gongs.