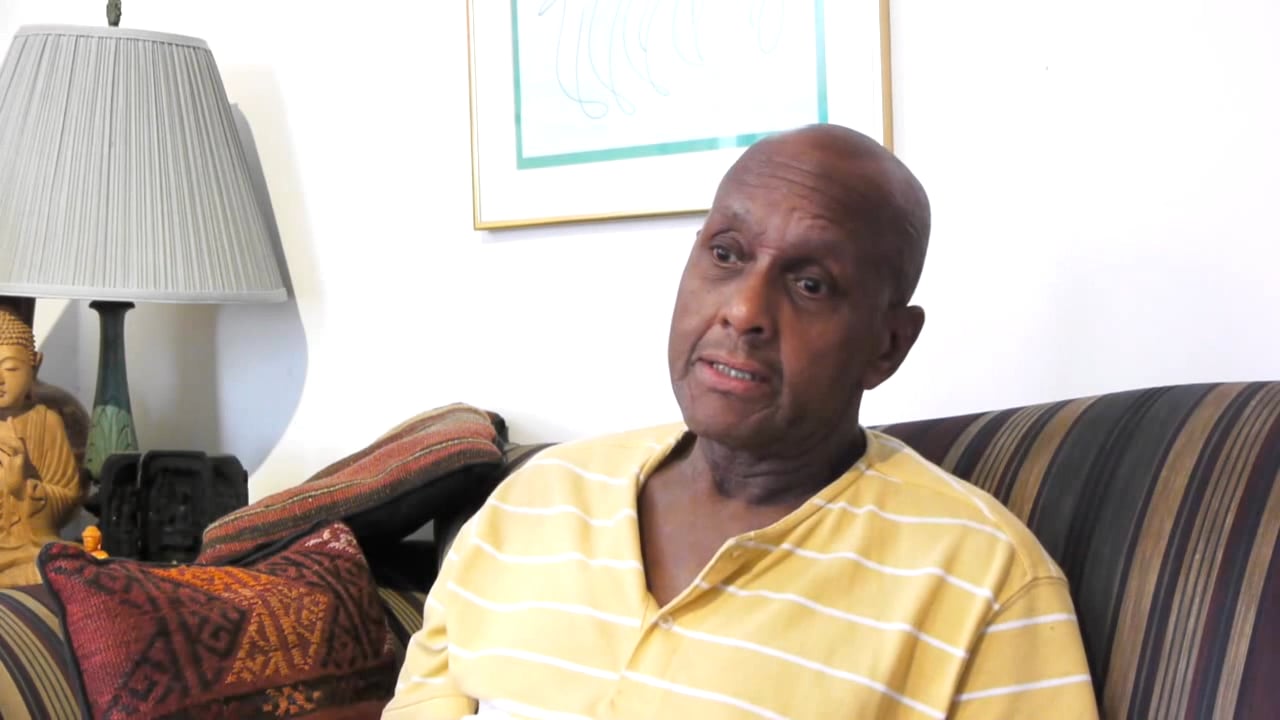 Vajra Henderson has been a disciple of Sri Chinmoy since the early 1970s. In this interview, he talks about his search for God and a Master.

Vajra talks about his early ideas of God, and his early search. Later, Vajra would meet Sri Chinmoy, and after attending a lecture at Colombia University, came to feel Sri Chinmoy was his true Master.

Vajra says that before accepting a Guru he had already formulated quite strong ideas about what humanity was. For example, he felt all men were brothers, and if he was ever to receive a Master, his Master would have to tell him that.

“Sri Chinmoy was giving a lecture at Colombia university. At the end of the lecture I managed to go into some kind of other state, presently be here, but at the same time experiencing another consciousness I’d never experienced before – beyond words for me.”

“I opened my eyes to see Sri Chinmoy and finally here the words which I felt I needed my Master to tell me “All men are my brothers” I joined him from that day.”