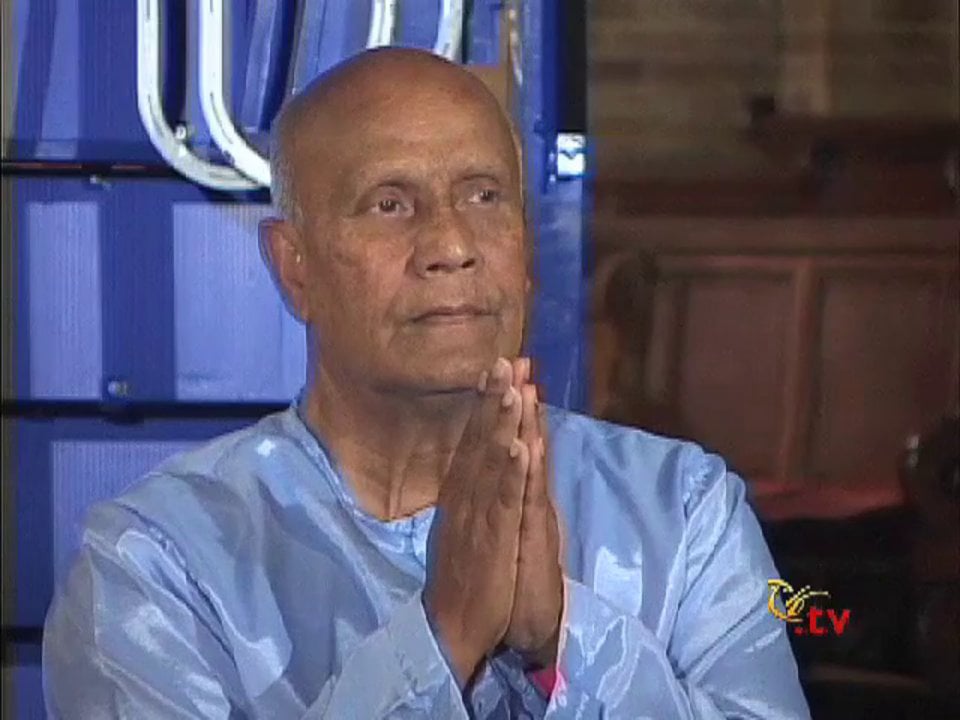 In these 1995 clips of Sri Chinmoy meditating, you can see his eyes flicker back and forth quite rapidly. As Sri Chinmoy explains in answering the question below, this flickering is a result of his soul moving between different high planes of conscousness.

Question: ….one of the striking things that I noticed was the way your eyes were constantly quivering. This gives one the sensation of inner ecstasy. Can you comment about that?