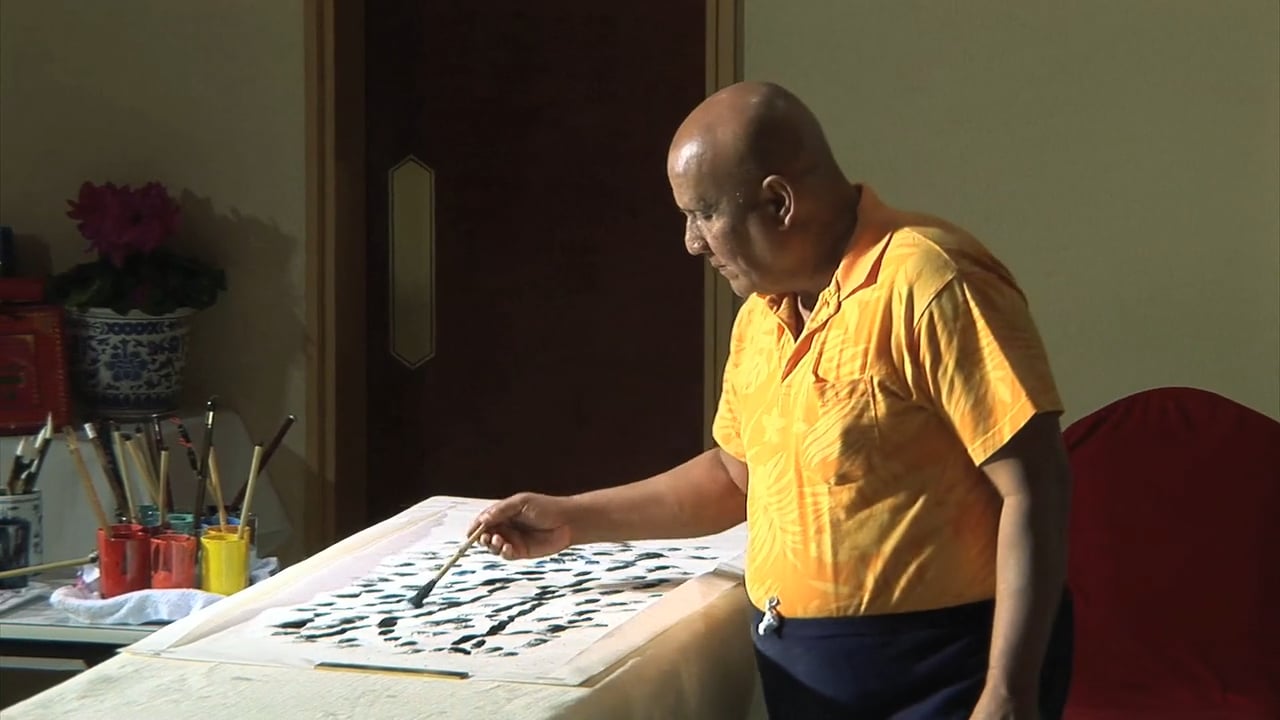 This is the second part of a painting session of Sri Chinmoy in a hotel in Qingdao, China. One afternoon tables, Chinese paper, brushes and paint cups were prepared and the artist spent several hours creating dozens of long format pictures which were later beautifully displayed in another location of his Chinese trip. Only a few of his students knew of this event and watched carefully when the master soulfully created his artworks piece by piece with only short interruptions allowing his assistants to prepare the next empty sheet. All pictures were titled at the bottom in English and Chinese and later completed with an especially produced red artist’s stamp in the Chinese tradition.