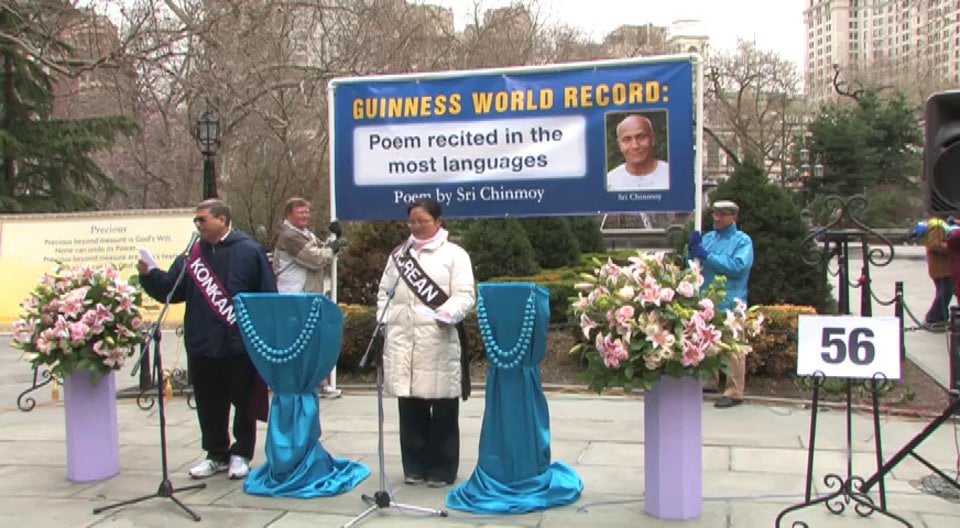 – Excerpt from “My Flute” by Sri Chinmoy

It is easy to mistakenly imagine that harmony amongst all the world’s cultures is an impossible task. Yet over the course of the hour-plus recitation, the voices of the world came together to show in diversity there can be real oneness as well. This was also Ashrita’s 100th Guinness world record. He said at the conclusion of the record, that there would be no pause, but he would continued to try and set another 100 records.

Watch a short version of the event by Utpal Marshall here.