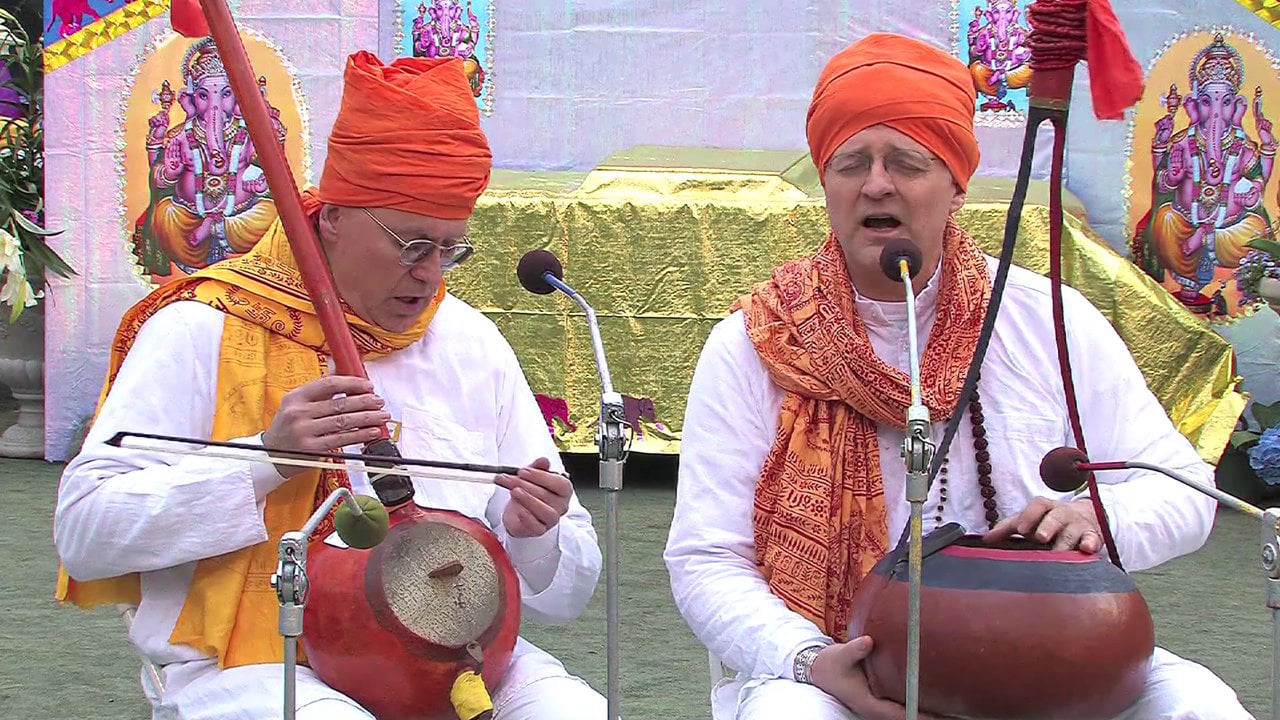 Unmesh and Ranjit Swanson perform spiritual songs in traditional Indian fashion. Unmesh & Ranjit have been members of the Sri Chinmoy Centre since the early 1970s. They are true lovers of traveling and especially of visiting India. During their stays in India, they were inspired to learn and play the original Indian ragas and presented one of them during the program of the last April Celebrations with Sri Chinmoy in 2007. Enjoy their spirit and soulfulness!

Another performance of Ranjit and Unmesh at Radio Sri Chinmoy