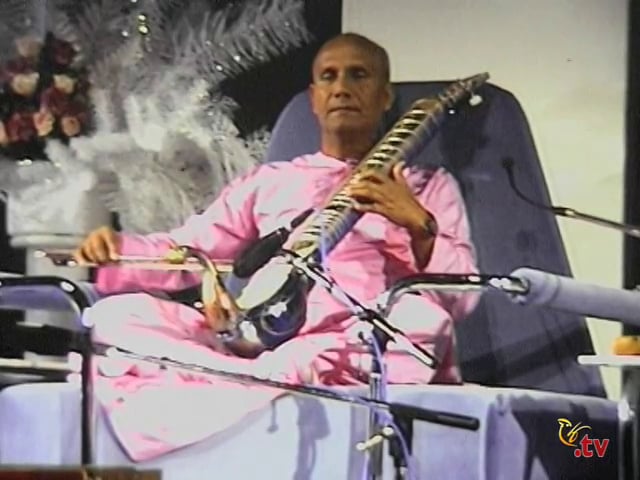 Before I started to take videos I was filming in Super-8. From this
period I compiled a film on various aspects of Sri Chinmoy’s life. This previously
unpublished video clip shows some glimpses of this film: Sri Chinmoy in
concert in the years 1986-1988.