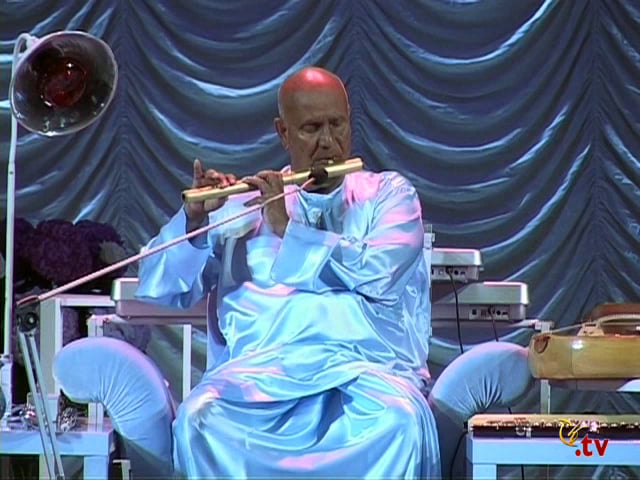 Sri Chinmoy travelled all his life. He was eager to spread his
light to as many corners of the world as possible. Until he
breathed his last, he played his compositions on many instruments, such
as the golden bamboo flute, one of his favorites. Watch this piece,
recorded in Saint Petersburg one year ago, where he also attended the
inauguration of the Raisa Maximovna Hospital.