Sri Chinmoy on Bhishma and Ekalabhya, two heroes from the Mahabharata 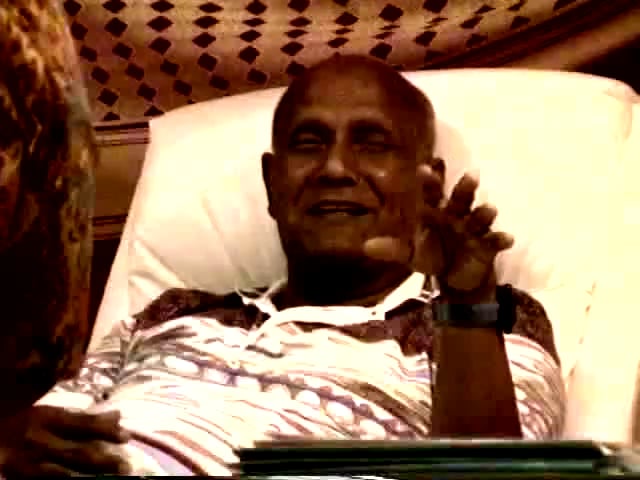 Sri Chinmoy would often tell stories from the Mahabharata, to the great enjoyment of the listeners. In this video, he first tells the story of the hero Ekalabhya, who studied by a statue of his guru to become an ace archer. The second is about Bhishma, the Pandavas’ grandsire, and his dilemma about fighting on the side of the Pandavas or against them. This time, Sri Chinmoy gives a new insight on Bhishma’s fateful decision: morality versus spirituality.

Sri Chinmoy also wrote a lofty but concise Commentary on the Bhagavad Gita, spanning all the chapters of the famous scripture.

“Bhishma’s morality and Krishna’s spirituality… he took support from the Kauravas, so he had to fight. But Krishna is again and again telling him to go beyond and beyond.”
– Sri Chinmoy, (unofficial transcript) from the interview

Ocasionally, on the side of the video screen, you will notice a massagist working on Sri Chinmoy’s injured knee – Sri Chinmoy was a marathon and ultramarathon runner who had very high weekly mileages.
Related

Sources
– Meetings with the Master, parts 6 and 9, filmed by Mridanga Spencer
– Page created by Patanga Cordeiro