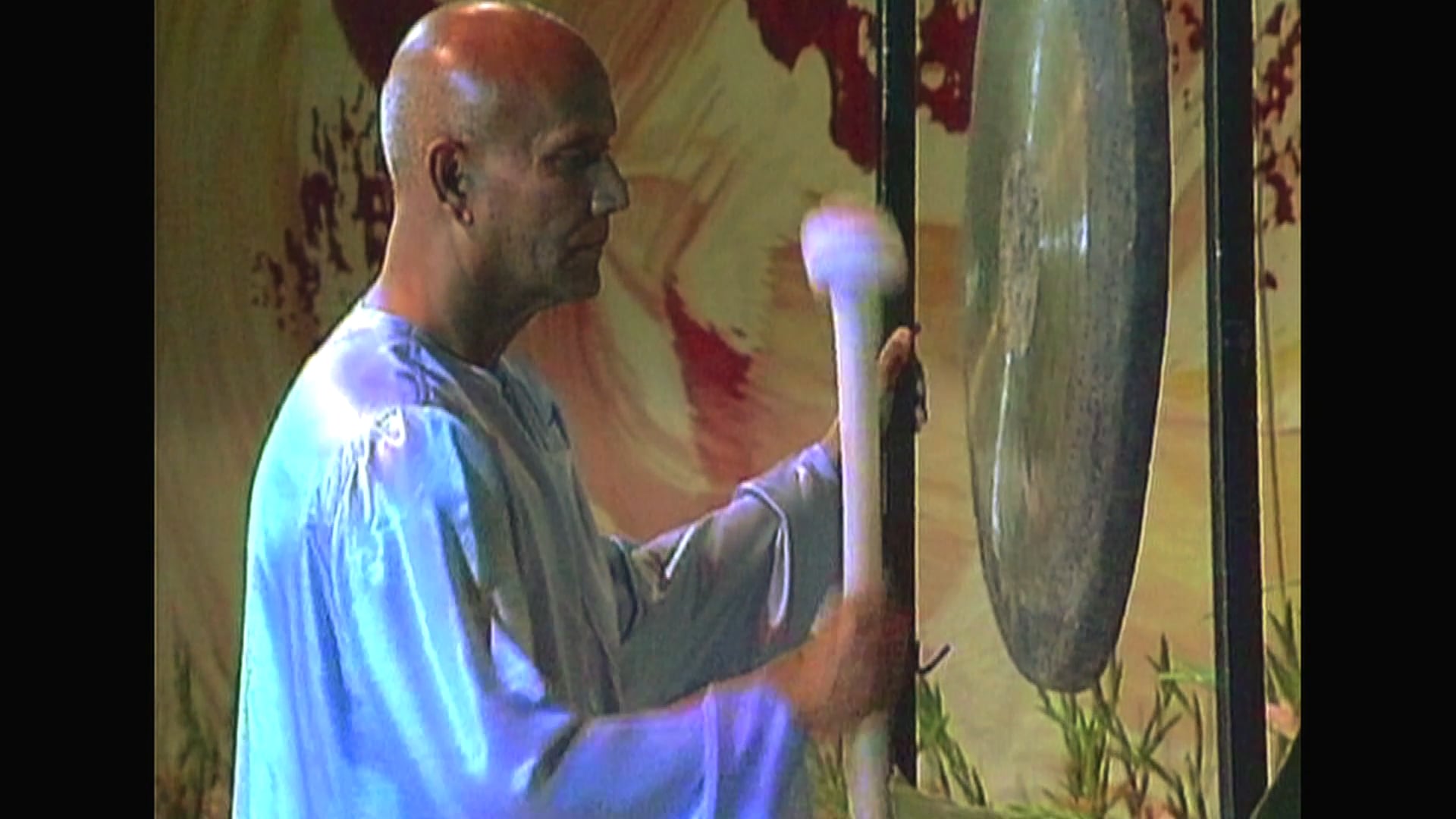 On rare occasions Sri Chinmoy performed on large gongs during his public performances. One such concert took place in the Festhalle in Frankfurt, Germany on October 27th 1991. The free concert had 8000 in attendance, with people coming from all over Europe.