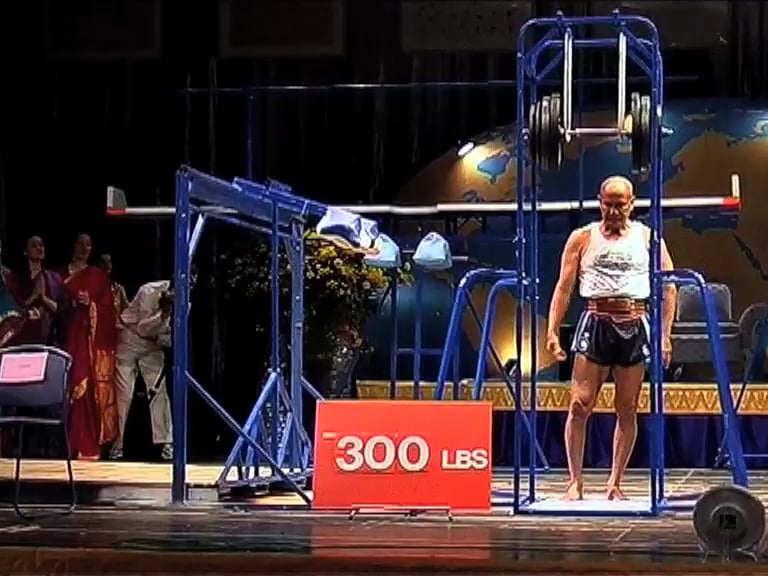 A video of Sri Chinmoy’s weightlifting anniversary from November, 27 1998 in New  York. This includes highlights of some of Sri Chinmoy’s most impressive lifts on the night, such as his standing double arm dumbbell lift of 145lb. Bill Pearl, five times Mr Universe acted as Master of Ceremonies for the event.

Some of the lifting highlights from the evening included:

Many of these records were transcended at later lifting events.