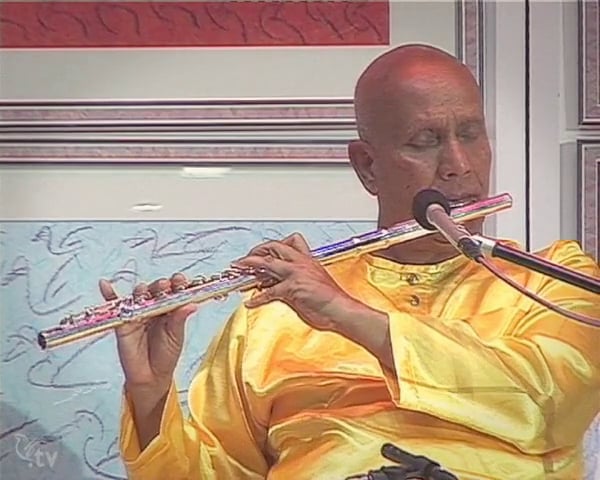 On April 13th Sri Chinmoy always celebrated his arrival in the West in 1964. He gave special concert sessions, composed new songs and poems and meditated with his students, coming from all corners of the world. This video brings you back one such concert where the Master played on the flute, sang a composition together with the audience and presented his songs with the harmonium. A final silent meditation concludes the clip.