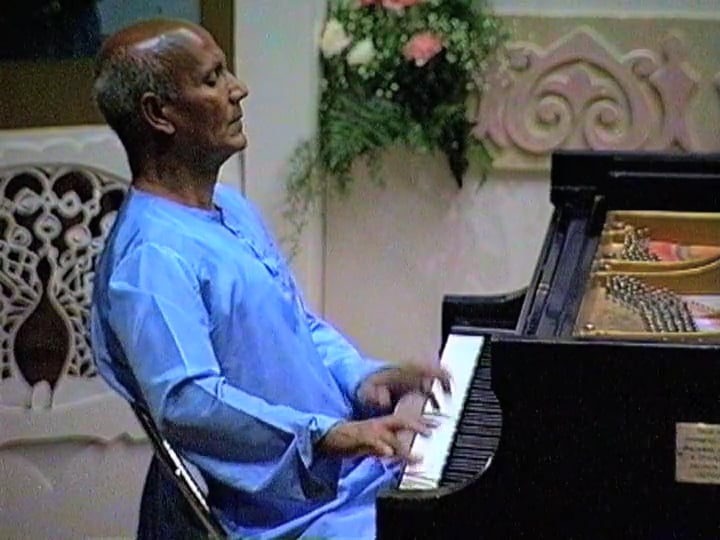 Sri Chinmoy performs on the piano during April Celebrations 1992 in New York. He begins the performance with a short meditation and then begins a powerful improvisations in his own unique style. The extemporaneous improvisation also includes two of his song melodies.