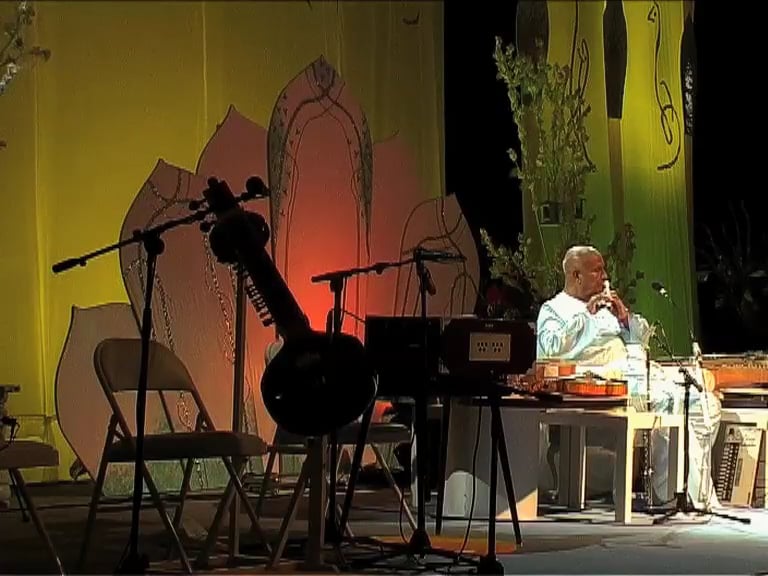 In this video Sri Chinmoy performs one of his memorable Peace Concerts in front of a large audience in Prague. Sri Chinmoy begins with a short silent meditation and then proceeds to play on several instruments, such as the esraj and flute before a rousing finale on the grand piano and then the closing meditation.

This concert took place during the autumn of 2004 when Sri Chinmoy offered five concerts whilst visiting Eastern Europe which attracted a total of 27,000 spectators – including two each in Vienna and Budapest and one large concert in Prague.