Interfaith service at the United Nations, 1999 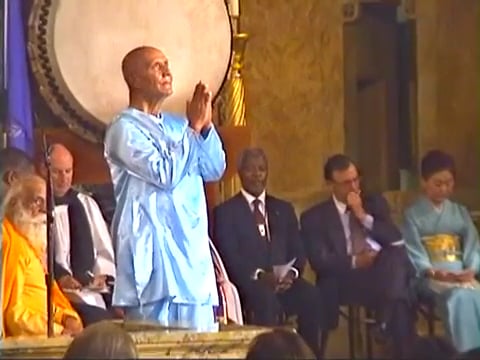 Throughout his lifetime, Sri Chinmoy was closely involved with the United Nations, offering twice weekly meditations with UN staff and delegates. This footage is from a 1999 interfaith event attended by many spiritual leaders of different faiths, and the then UN Secretary-General, Kofi Annan. Sri Chinmoy began the interfaith event with a silent prayer and meditation.

At a similar event at the World Parliament of Religions 2004, in Barcelona, Sri Chinmoy said that:

“During my opening meditation I am praying for the oneness of all religions.”