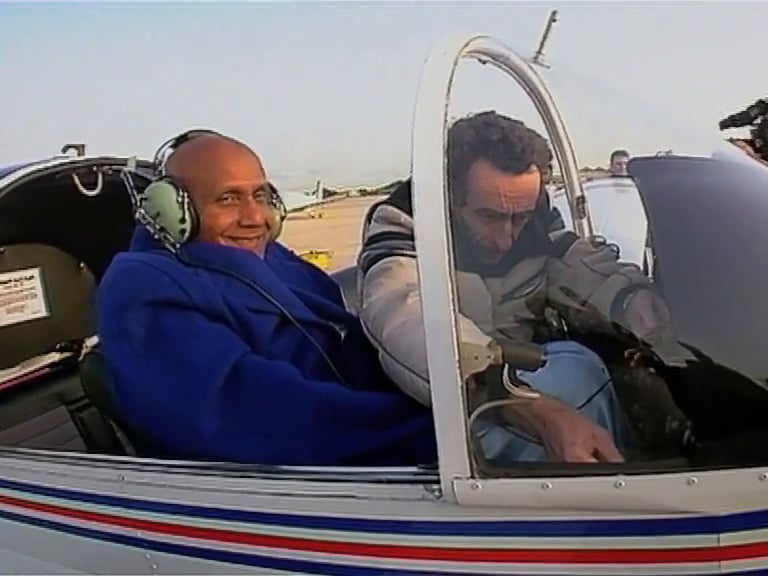 In December 1991, Sri Chinmoy personally inaugurated a ‘Peace Plane’ – as one of the many “Peace-Blossoms” which have been established around the world.

It was a small private plane in Malta that was chosen by Sri Chinmoy and he himself flew a short round-trip, only being accompanied by the pilot.

The plaque on the plane reads:

“Today this plane is dedicated as a Sri Chinmoy Peace Plane. Just as this plane carries our lives to the farthest corners of the globe, so too may it lift our hearts to the highest heights of our spirit, and thereby help create a world where all peoples and nations may live together in harmony.

This Sri Chinmoy Peace Plane joins over 350 cities, towns, bridges,lakes, schools, ships, trains, planes, parks, gardens, trees and running trails dedicated to peace in over 20 countries worldwide. Sri Chinmoy has been recognised by governments around the world – including the Parliament of Malta – as an international Ambassador of Peace who has dedicated his life to the pursuit of world harmony and to the fulfilment of the unlimited potential of the human spirit.”

Filmed and edited by kedarvideo, Switzerland.