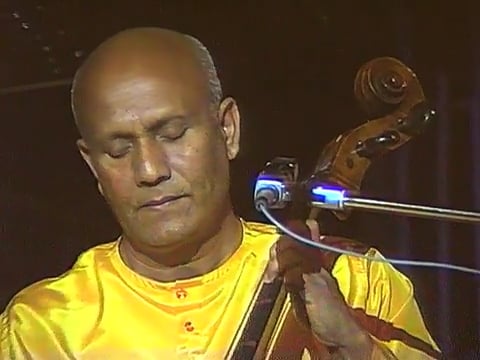 This video offers highlights from Sri Chinmoy’s Peace Concert in Hannover, Germany on February 20th 1990. It includes an opening meditation and a performance on  the cello. 1990 was a significant year with the fall of the Berlin Wall in November 1989, paving the way for German re-unification later in 1990. Sri Chinmoy gave several peace concerts in 1990 with the aim of fostering oneness, peace and harmony.