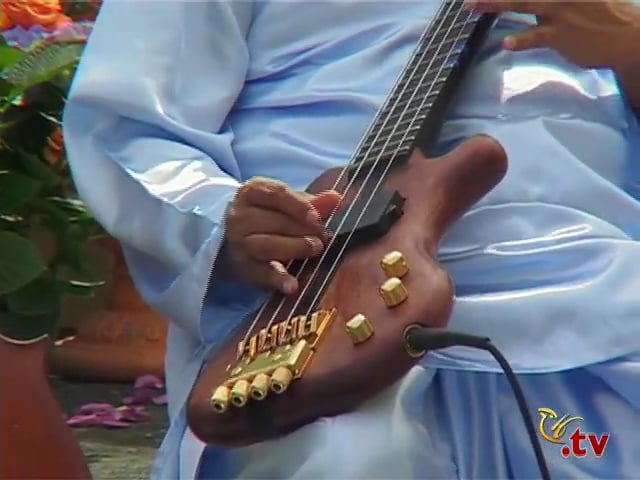 In April Sri Chinmoy usually celebrates his Arrival Date of coming to the West from his native India. At this occasion around 1000 people from all over the world celebrate with him. In April 2002 they had the chance to attend a special open-air concert where Sri Chinmoy played – among others – on instruments he rarely played before. So we could witness performances on the Bass Guitar, on an original Indonesian hand-made wood instrument and his improvisations on a special drum.